Akibo Watson Gets Analytical About His Boot Camp Journey 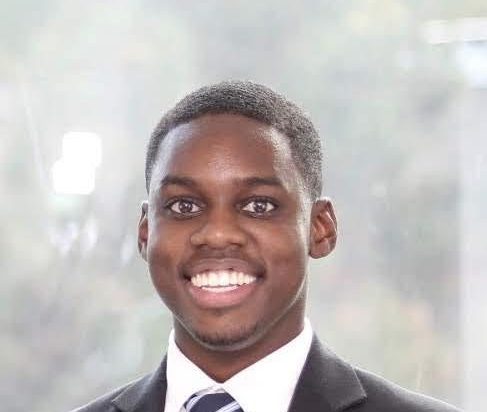 Akibo Watson graduated from Binghamton University in 2018 with a bachelor’s degree in economics, and by January 2019, he had obtained a business development manager role specializing in technical sales. In October, he moved on to a recruiting-focused role at a different company. But within a few months, Akibo realized he had grown tired of the sales cycle.

“I got really frustrated with not having true control over my destiny when it came to my career,” Akibo said. “That’s what I think made me gravitate towards working in a more technical field. I wanted to be able to do my own work and control my success.”

Taking control of his destiny

Akibo began researching other potential career paths that could satisfy his curiosity. This led him to develop an interest in data analytics and data science. Akibo felt Columbia Engineering Data Analytics Boot Camp would be a great way to get a head start on his exciting new career path.

Initially, Akibo planned to take the boot camp part-time, due to his work responsibilities. But things changed in March 2020, when he was laid off as a result of the pandemic.

“Our biggest clients were international firms. Once COVID started, those companies stopped hiring since no one could tell where the economy was headed, meaning the company I was working for was unable to project what their revenue stream would look like for the next three to six months. So I was laid off,” he said.

While unfortunate, this experience enabled him to pivot to a full-time commitment with the boot camp, allowing him to begin working toward his next career opportunity even more quickly.

Pivoting from business to data analytics

As someone without any prior experience in data analytics, Akibo found that the boot camp was an approachable way to get onboarded with technical learning material. “I feel like the structure of the boot camp eased the learning curve for me a lot,” he said. “I did know some of the basics of the Python programming language, but there were a lot of unknowns — and the onboarding process allowed me to go headfirst into the material, which was really helpful.”

Akibo found that one of the most helpful ways to internalize the material was to incorporate it into his assigned projects. “I think the best part about the boot camp was getting to design your own projects,” he said. “It was an opportunity to learn along the way through the major milestones we had to hit. Although there was some structure, you had freedom to figure out a problem in your own way.”

Akibo worked with a team on a project that leveraged data science tools to try and understand the economic factors that affect a company’s stock price. Using the Walt Disney Company as a test case, the team would attempt to correlate news headlines with observable changes in the company’s stock price.

The project gave Akibo a deeper understanding of how companies leverage stock information to make informed business decisions. “It ended up being a really great project because at the end of the day, we were able to really understand how and why this kind of project could be useful in a real-world setting to somebody that would actually need to use this kind of data,” he said.

By taking advantage of the many learning-focused services offered by the boot camp, Akibo felt empowered to tackle his projects and studies. “No matter what I was looking for, I found that there was generally a different service that was provided for me to solve that problem. Whether I was having a tough time with homework or struggling to grasp a new concept, I could always go to a course assistant for help,” he said.

Making use of new data

Akibo found that the boot camp conveyed high-quality material to learners in ways that made sense. Initially, he knew he wanted to veer away from pursuing a more conventional educational learning path like another degree, as in his experience the current tool sets for data science and machine learning far outpaced the state of other current academic options.

“What made this experience special to me was that the boot camp’s structure had been tailored in such a way that they kept things open enough to allow for the incorporating of newly emerging technologies in the data analytics space,” Akibo said. He continued, “They were always open to feedback and willing to change their approach at the drop of a hat.”

Analyzing his next move

Akibo began working in earnest with Columbia Engineering Boot Camps’ career services a few months into his time in the course. His hope was to find an excellent new position that would apply what he had already learned at the boot camp, in addition to building on his prior experience. The career services team helped him strengthen his resume, LinkedIn profile, and GitHub account — and soon, Akibo was receiving calls from recruiters regarding new opportunities.

One thing led to another, and in September 2020 Akibo found himself joining Veritas Technologies under a six-month contract as an IT operations analyst — all while finishing up his last few months at the boot camp. In March 2021, he transitioned over to a full-time position at the company with a slightly different title: IT Business Analyst.

“A lot of people tend not to be so open-minded, but your first job will determine your next job. If you can land a solid first job and get your foot in the door, you’re already doing better than most other applicants. Columbia Engineering Data Analytics Boot Camp really helped get me to that point,” said Akibo.